Mother-in-Law's Bridge
Odessa - the capital of humor, so it`s not surprising that the most popular pedestrian bridge nicknamed "Teschin."

Odessa - the capital of humor, so it`s not surprising that the most popular pedestrian bridge nicknamed "Teschin." According to legend, it was built in the 60s of the last century over a ravine, on the orders of an important figure obkomovskogo. Thus, the official way to cut Teschin home where superintending your favorite pancakes.

This is the highest and most narrow city bridge. On the one hand it leads to the Vorontsov Palace, on the other - a romantic kissing bridge. When the wind rises, the bridge becomes a bit "play", swaying from side to side.

Teschin bridge - a popular place for couples and honeymooners who are often left on the railing of his locks - a symbol of the fortress of his feelings. It is a place of romance chosen for good reason: it offers a stunning view of the harbor and the sea a piece of the very old Odessa.

By the way, not so long ago there was one funny t raditsiya associated with the bridge - celebration of Tiffany`s. In-law was initiated by the very obkomovskogo official, which has given a bridge. Now every year on 16 February, Odessa treats on the bridge passers goodies and share with them stories Teschin construction of the bridge.

Add that walking on it, you can explore the many attractions. For example, to go to the neo-gothic palace of the Shah , mini-reserve "Corner of old Odessa" or installation "Loving Heart". 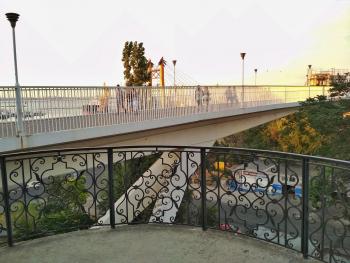 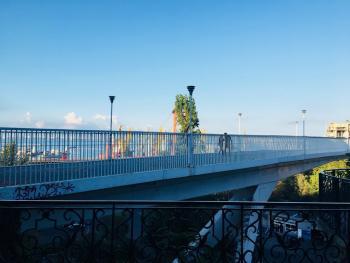 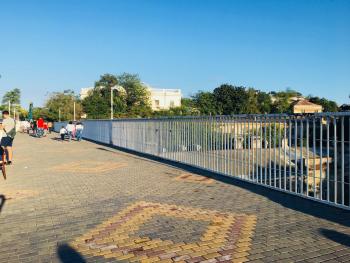 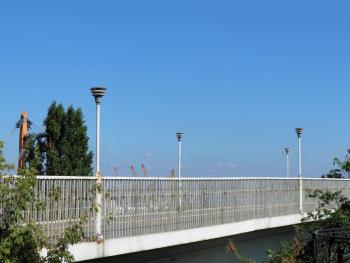 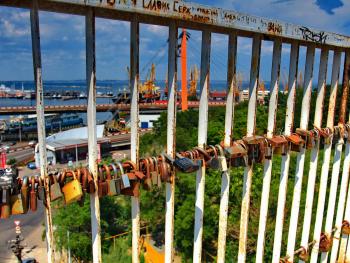